I have been trying to make a conscious effort to say yes to more things in recent years. I think something in my consciousness shifted around age 45. I came to one of those mid-life realizations that hit you at certain birthdays that, statistically, you are at the halfway point, or most likely, on the down-sloping side of halfway, and of that, how much of it is functional useful time left that you can actually do pretty much anything you would want to do? After that epiphany, I have been trying to say yes and try things that I was not open to previously.

Living in an RV definitely would have been something I was not so open to before. I am so glad that I said yes. It was actually Hans’ idea. And I decided I could do anything for a year. Now here we are over a year in, and we have no intention of going back into a sticks-and-bricks anytime soon.

I have always been late to the game for some things. I didn’t eat avocados until I was 30. It was the same with wine. I have been making up for lost time ever since with these things!

The most recent thing I made an effort to say yes to was fly fishing last week. And believe me, that took a very CONSCIOUS effort to open my mind to even trying it, but I could tell Hans really wanted me to so I didn’t want to disappoint him.

In fact, I felt a little guilty as he took a plastic box that had been taking up precious space in the back of our truck for a year. It had waders and boots in my size with the tags still on them that he had purchased for me back in 2014 after I had hired a fly fishing guide for his birthday. He had been hoping since then that I would take up the sport with him, but after seeing six snakes on that one excursion, I wasn’t impressed.

We had bought fishing licenses for Yellowstone NP so we drove to the Barn Spool section of the Madison River. I put on my brand new fresh out of the box waders and boots and waded across. Hans gave me some pointers on casting. He had also showed me a couple of YouTube videos about how to tie flies on. So, I felt like I could be somewhat self sufficient.

I GET the idea behind fly fishing. You try to have an idea of what kind of fish you are going after. You look at the bugs on, around and above the water to try to get an idea of what they are hungry for, then you tie on something that sometimes looks like a sparkly bit of bug jewelry and try to put it in their face and hope they bite.

It seems to take more luck than skill, in my opinion.

I fished for a while without so much as a nibble and then noticed grasshoppers around. Conrad at Bob Jacklin Anglers in West Yellowstone had sold me a crazy looking piece of abstract art

that he had referred to as a grasshopper. I didn’t see how this would fool any normal fish, but I decided the green caddis wasn’t doing it for them so I might as well try something new.

I had no sooner put it in the water than I was locked in a fight with a HUGE brown trout! I was trying to keep my reel up. I finally grabbed her and took a picture!

Shortly after my big catch, I saw a snake and lost interest in fishing any more that day as the limbic system of my brain had me seeing snakes everywhere.

But the next day, I went out and, after some minor, fly adjustments, I caught a rainbow-cutthroat hybrid. It was beautiful! I am “hooked”.

Another thing I have recently started trying are ice baths. I would have rather died than have an ice bath. I always detested cold water. I am hooked now! I think it started with some videos I watched featuring a guy named Wim Hof. He is European and swears by a breathing technique now called Wim Hof breathing. He claims it enabled him to climb Everest without oxygen in shorts. Someone did a film about this. It is fascinating.

I went from filling up my bathtub in hotels with ice and water and plunging in to going to a cryosauna in Denver. Yes, it is cold. Yes, it sucks for a few minutes, but then you feel incredible after! It is a full-on endorphin high that surpasses a runner’s high!

Today, I did something I never though I would do…. took a brief plunge in a glacial lake at the Grinnell Glacier in Glacier National Park. After all, you only live once, glaciers are rapidly disappearing from the planet. Climatologists say that the Glacier NP glaciers will be done by 2030. I decided not to let the opportunity pass me by. 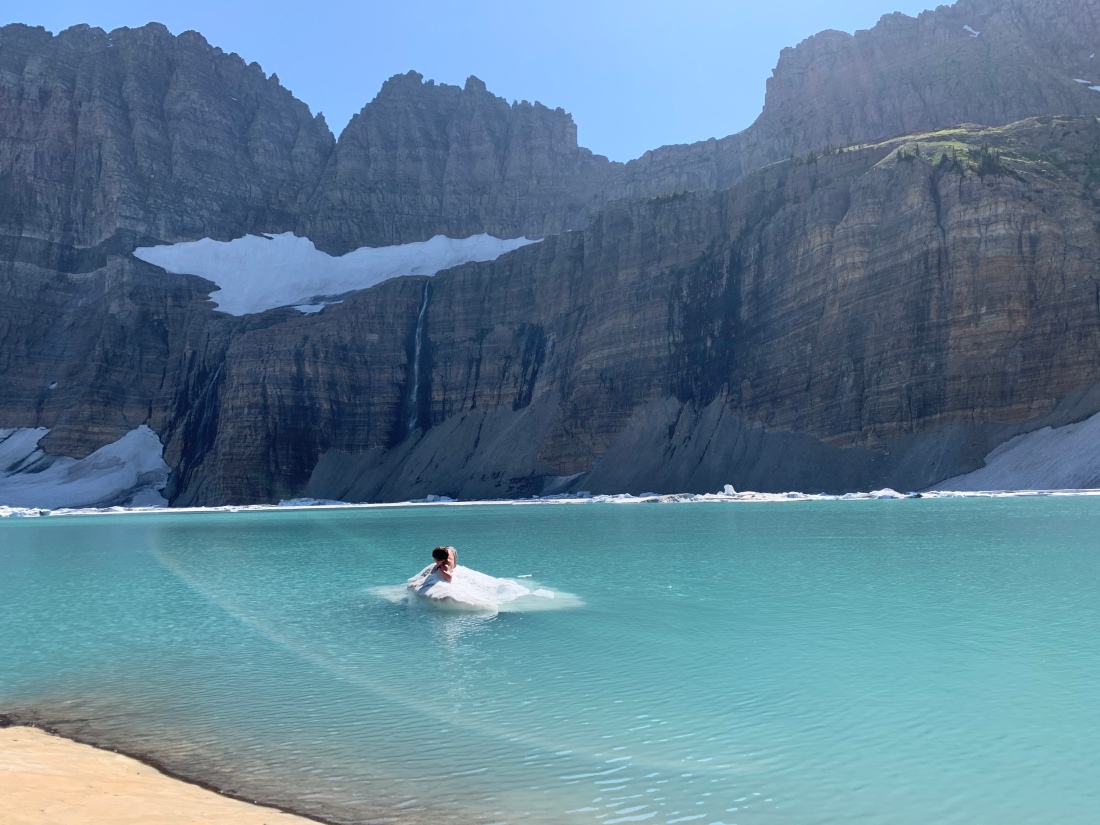 It was brisk. My heart felt like it was beating like a butterfly, and I had a hard time moving my limbs because they were so cold, but it was so exhilarating to know that my reward for a 12 mile round trip hike was this amazing dip in the pool of 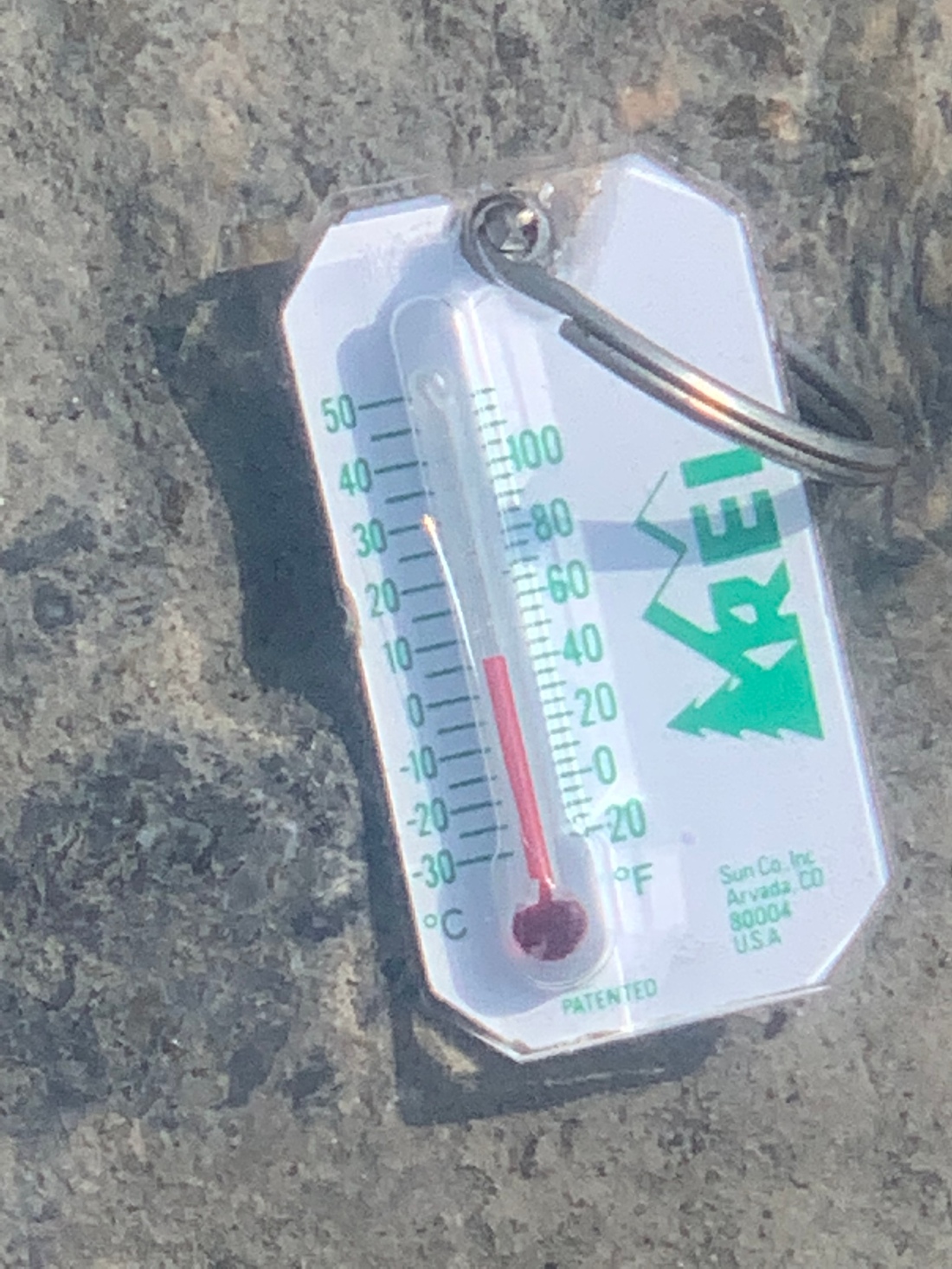 one of the last glaciers left on the planet.

I intend to keep going with this plan of saying yes to things that scare me and challenge me in weird ways I can’t anticipate.

One of the things I said in the past was that I could never live in a space smaller than a 25′ travel trailer…… Maybe a truck camper is the next thing I say yes to?

Hi! We are Hans and Paula, two airline professionals who work for a major US airline who decided to shake things up even more by moving full time into a 25 foot Arctic Fox 25Y travel trailer to see where the open road takes us. Travel along with us and experience our stories through this blog! View all posts by thetravelingtaubs