On our way back to Denver this week from the Canadian Rockies, we decided to visit Kirwin Ghost Town and the Double D Ranch. They are about 35 miles outside of the town of Meeteetse, WY, a long way down forest roads, in the Athabaska Forest in the Washakie Wilderness which is contained within the Shoshone National Forest. It is very far back and remote. I felt like it definitely put the “wild” in wilderness! 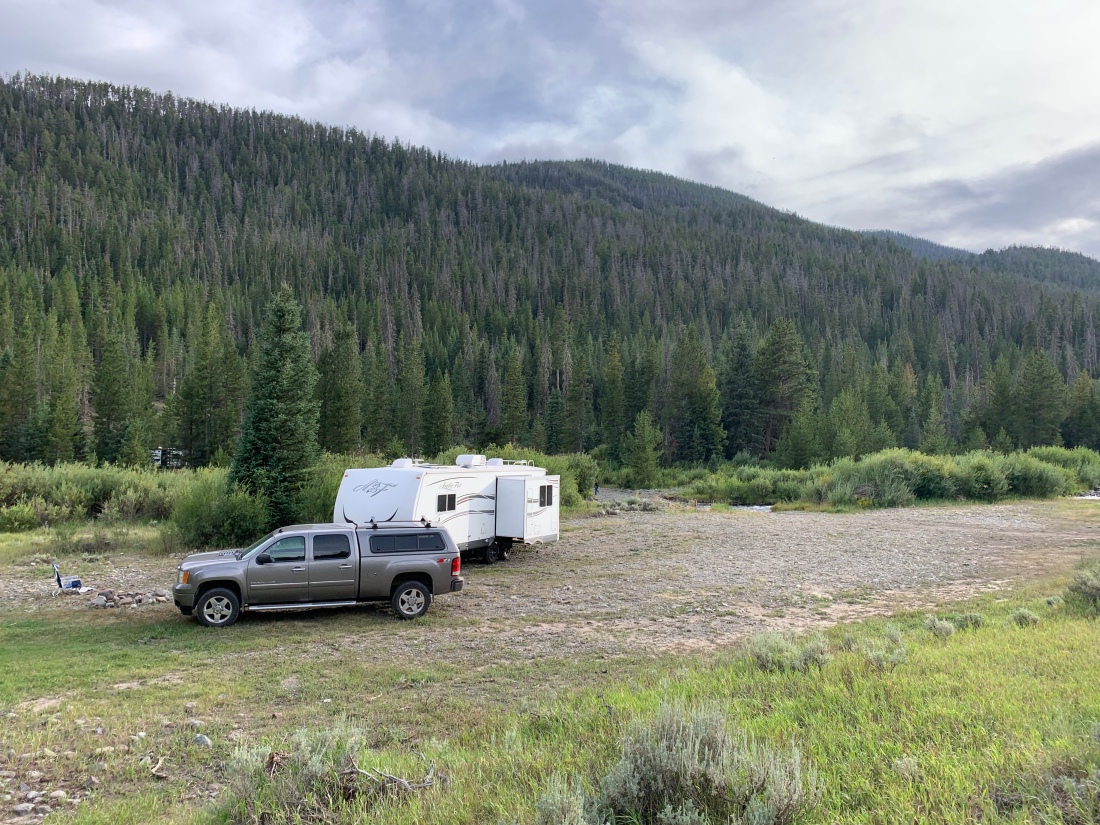 There were a few other campers around, but no one very close. We were greeted our first night by an amazing Aquarian full moon rising over the treetops. This pic doesn’t come close to doing it justice:

We enjoyed a fire in our Flame Genie:

Hans had heard about the Kirwin Ghost Town when we were in Cody earlier this summer. We love ghost towns and were excited to see this one. It is the best preserved ghost town that I have ever been to thanks to the efforts of volunteers, the Wyoming State Historic Preservation Office, the Mellon Foundation, the U.S. Forest Service and the Abandoned Mines Land Division to preserve this place out of time.

With our tetanus shots up to date, we set out for adventure exploring the old buildings from a bygone era! 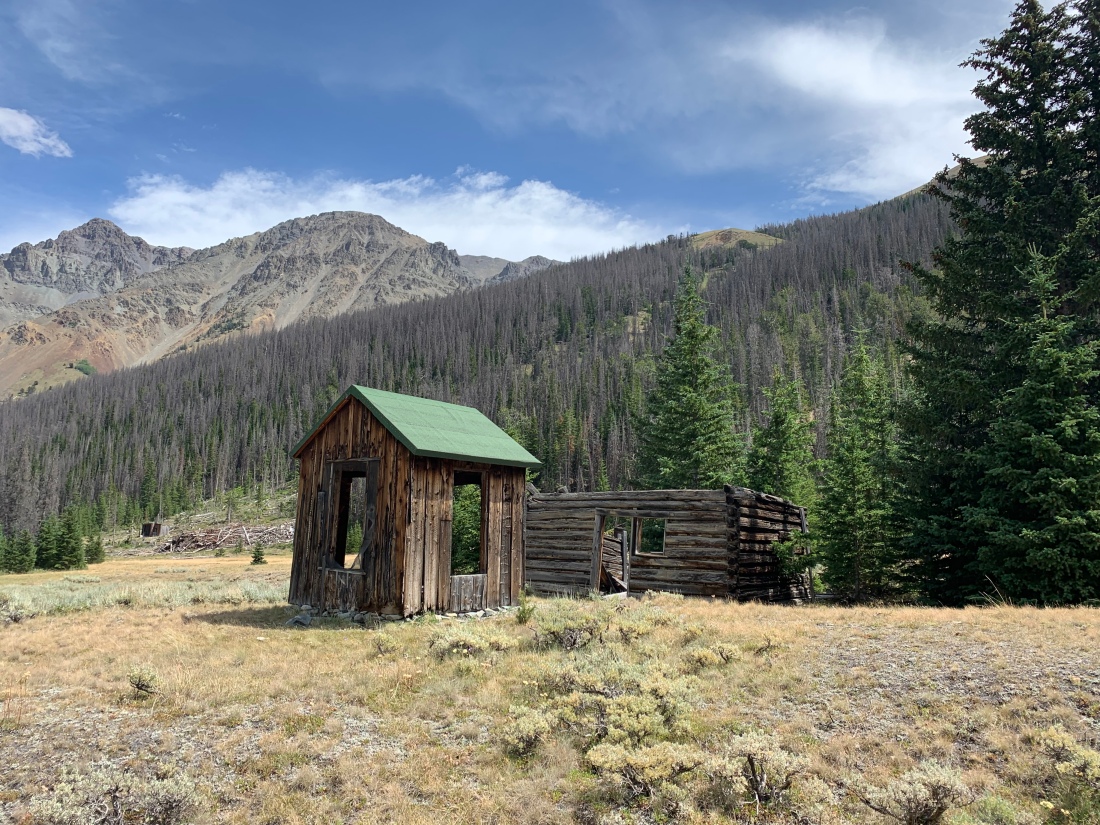 It is well off the beaten path. We turned off Highway 290 and continued another 10 miles and found our campsite. When we left our campsite this morning, it was another 8 miles to the Kirwin Trailhead. 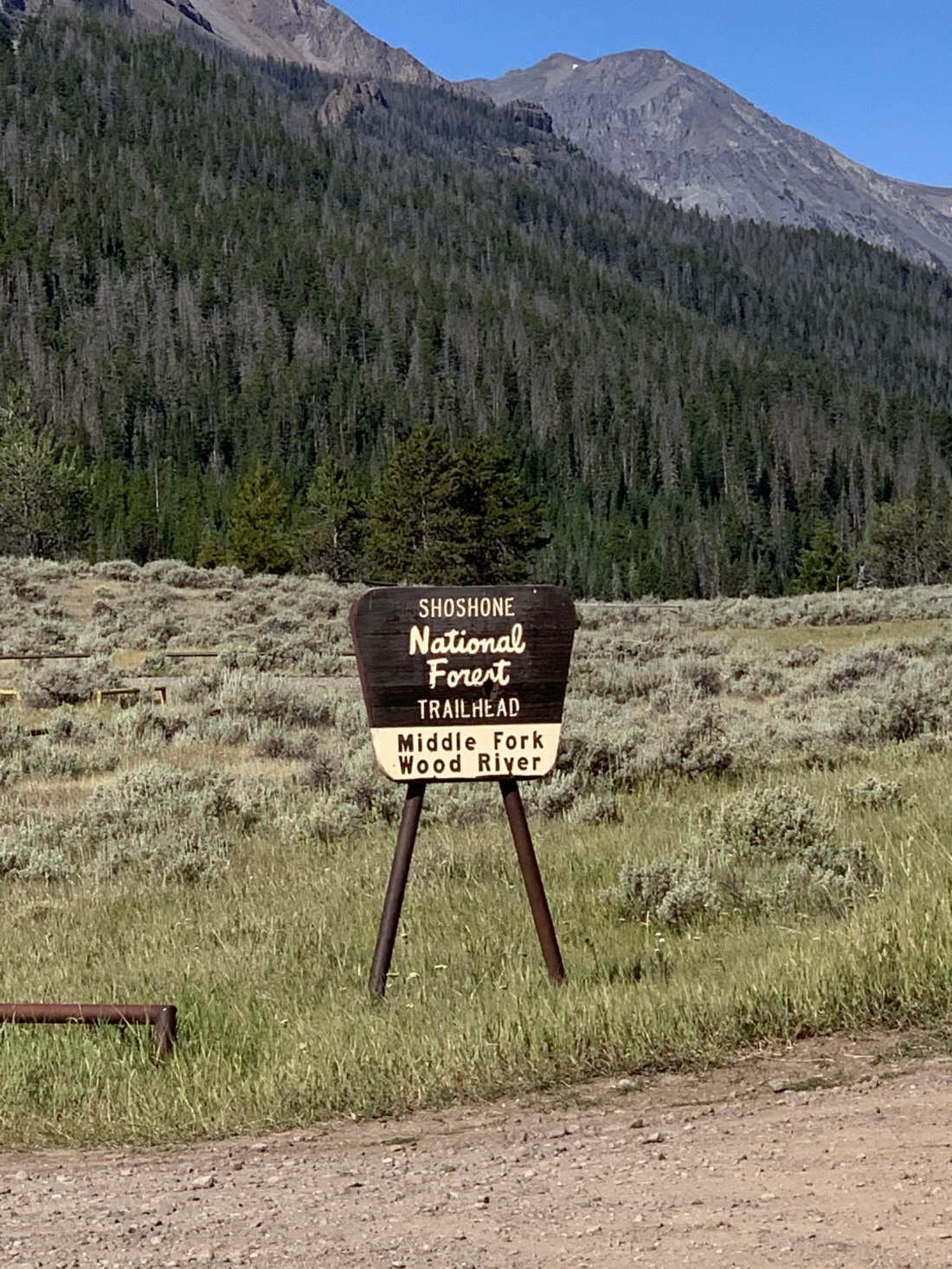 If you attempt to go back to Kirwin, you definitely need a 4 wheel drive vehicle or an ATV. This is best attempted in late summer as there are two water crossings. In fact, the road is water in one part of the approach.

William Kirwin and Harry Adams found gold while prospecting in 1885, but it wasn’t until the Shoshone Mining and Development Company of Kirwin was formed in 1904 that Kirwin became a busy place.

From 1904-1907, there were 200 miners and their families and 28 buildings in Kirwin. These included a hotel, two general stores, a post office, a sawmill, headquarters building and various buildings to house and feed the miners.

Oddly enough for a bustling old west mining town, there wasn’t a bar or a brothel. Maybe it was too inaccessible? After all, the railway never reached Kirwin. There was stage coach service 28 miles one way to Meeteetse every other day, but I can’t help but think that must have been seasonal with the treacherous river crossings and the large amount of snow that fell in the winter.

Or maybe there were some morally upstanding miners in Kirwin. Legend has it that there was briefly a palmist named Luciel in town, but word got out that she would offered more services than just palm readings and she was asked to leave town.

Or maybe there just wasn’t enough money to attract women and whiskey vendors. After all, Kirwin’s investors put in much more money than they ever got out of Kirwin. There was iron ore, and there was gold, but it was not enough gold to make it a profitable venture.

And life, quite frankly, looked like it would be very cold and hard much of the time here.

Plus, it was very isolated and treacherous as it was nestled amongst 12,000 foot mountains. When a huge avalanche engulfed Tewksbury’s Store, everyone abandoned Kirwin at that point.

In the years that followed, people tried repeatedly to reopen the mine, but nothing lasted.

This was the old headquarters building:

This was the mill and some equipment inside: 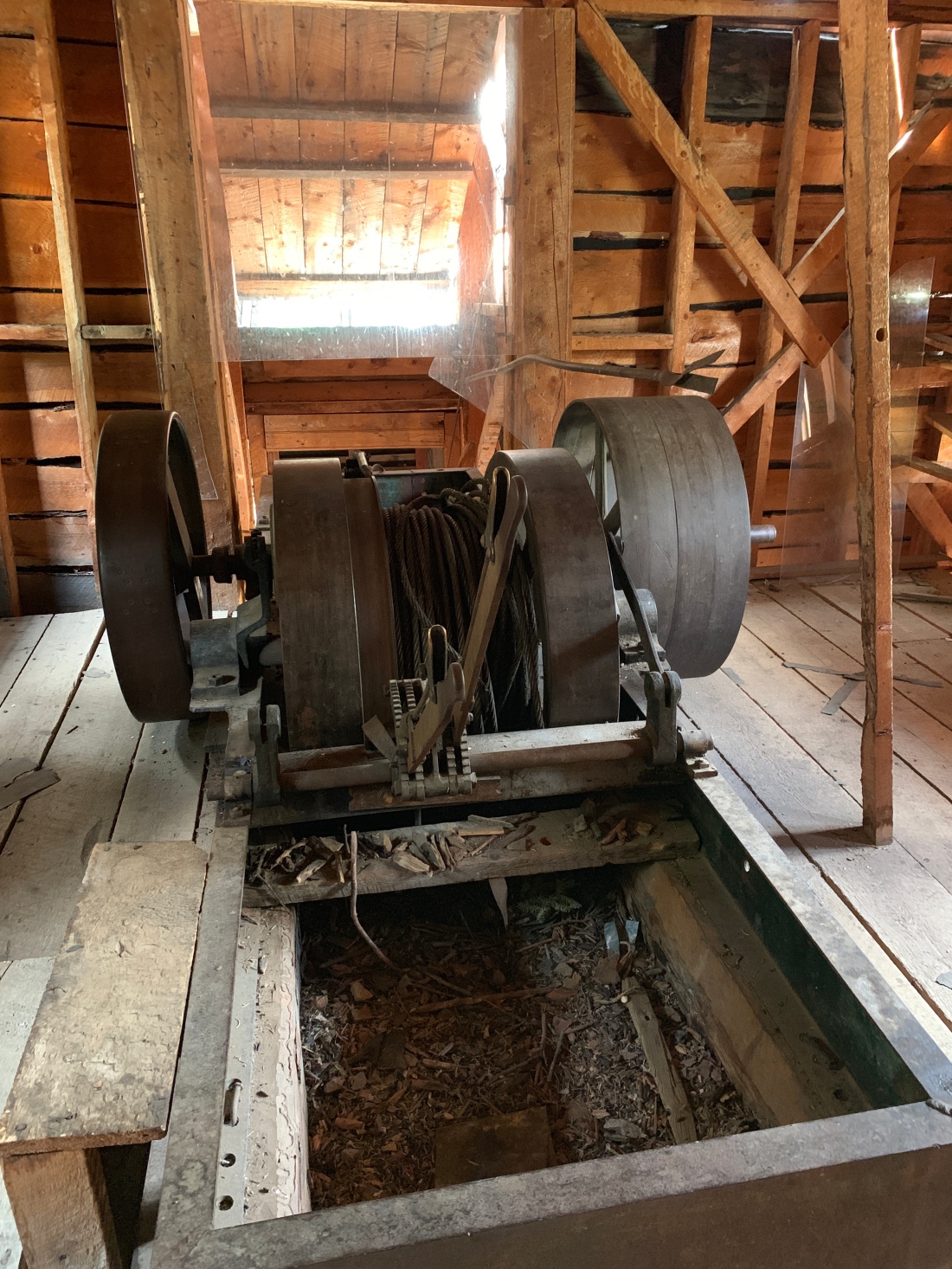 I think this was perhaps a messhall: 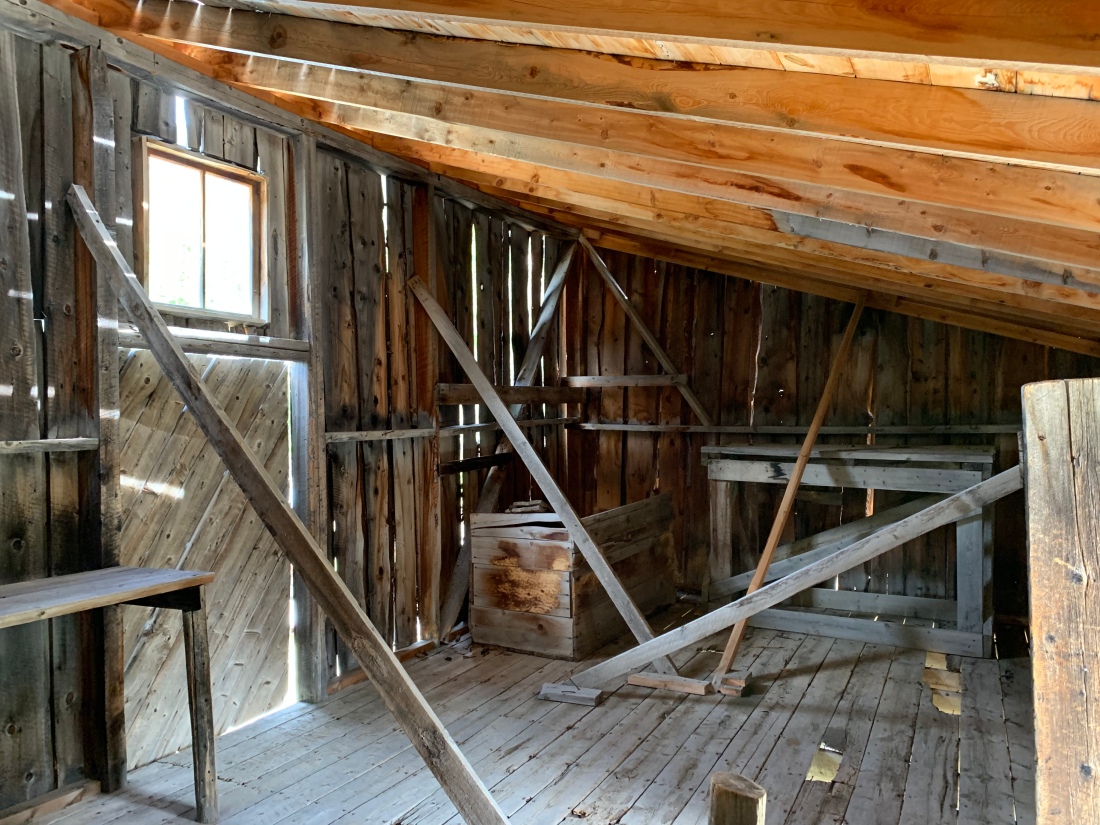 I love looking at the old nails and materials used to construct these buildings.

In 1931, Carl Dunrad purchased an old mine from the widow of a miner named Henry Schnitzel. Dunrad hit pay dirt in the form of a dude ranch. Dude ranches were very popular then. People from “back east” would pay to come stay and “play cowboy” for a few months and live the romance of the Wild West. Dunrad opened the the Double D Dude Ranch and entertained clientele such as Amelia Earhart in 1934.

Earhart was so taken with the area that she asked Dunrad to build her a cabin in this beautiful place. He stopped work on the cabin after she went missing during her attempt to circumnavigate the world solo later that year.

The buildings were solid construction of stone, cement and lumber. There was even a pool fed by water piped in from a spring nearby. And it was a very peaceful place. The U.S. Forest Service has done a great job of preserving this beautiful place.

The cabins and a privy:

Not sure what this was, but I think it related to mining somehow because this looks like a hydraulic operation of some sort. There are also signs above although the writing on them has long ago faded:

There was a stable with wooden saddle horses: 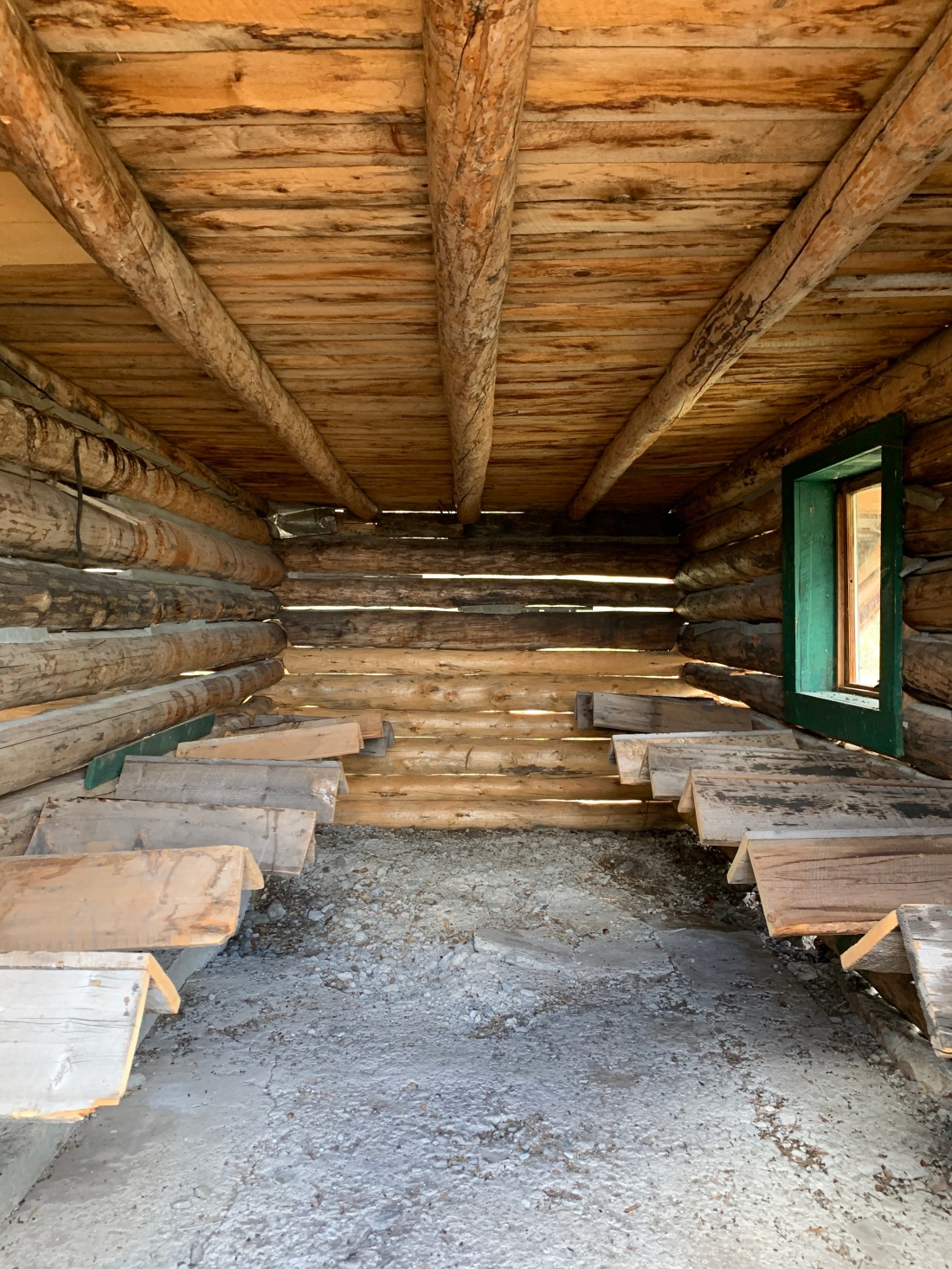 If you dig ghost towns, definitely out this one on your list. Just bring your 4×4 vehicle and your bear spray!

Hi! We are Hans and Paula, two airline professionals who work for a major US airline who decided to shake things up even more by moving full time into a 25 foot Arctic Fox 25Y travel trailer to see where the open road takes us. Travel along with us and experience our stories through this blog! View all posts by thetravelingtaubs